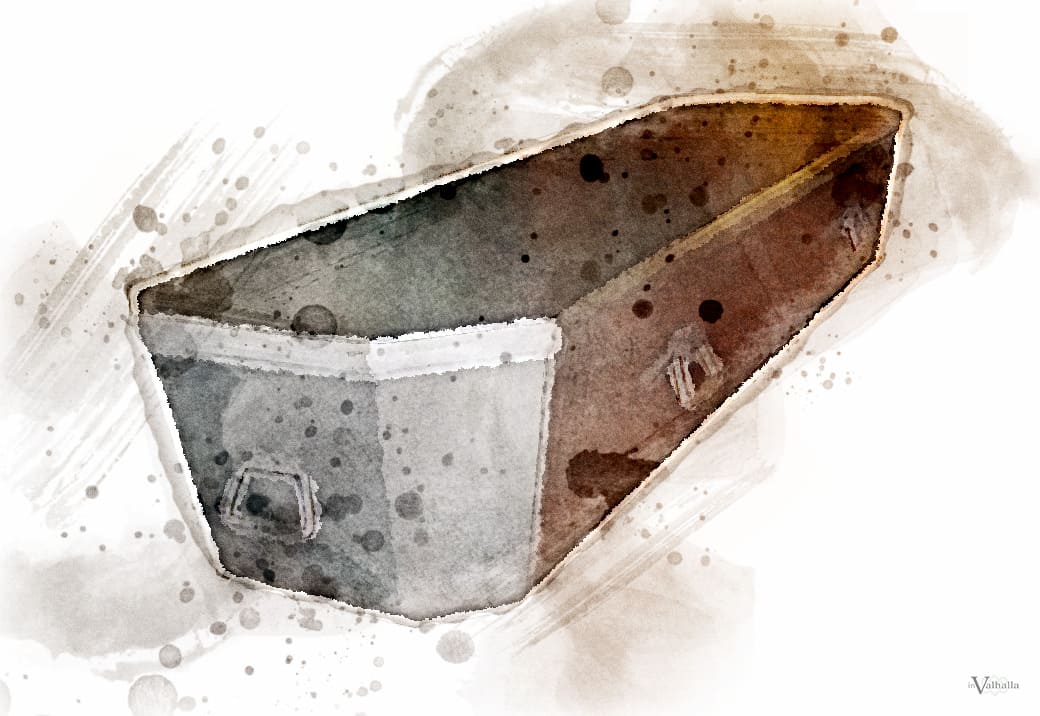 Many times a body needs to be transported and it must be done in a sealed container. The most common container for transporting bodies is a Ziegler casket.

Table of Contents show
Introduction
What Is a Ziegler Case Casket?
Use of Ziegler Caskets
Why Is It Called a “Ziegler” Casket?
Ziegler Casket Construction
Ziegler Casket as Alternative to Embalming
What is Embalming?
What If I Don’t Want To Embalm the Body?
Transport Regulations for Human Remains
FAQ
Conclusion

What Is a Ziegler Case Casket?

Use of Ziegler Caskets

When shipping human remains, some concerns are leaking fluids, odor, and keeping the body secure during transport. A Ziegler case casket addresses these issues by preventing leakage and containing the odor from decaying human remains.

Ziegler caskets are most commonly used for human remains that have already started to decompose. Another use is for souls that died from highly infectious diseases.

For these reasons, many countries require that incoming bodies are transported in Ziegler case caskets if the body is not being transported in a traditional casket that is sealed.

An alternative to a Ziegler casket is an air tray. It is much cheaper—though requires a casket—and is designed especially for air transport. An air tray is an outer container that protects the casket to meet handling requirements.

Ziegler case caskets are commonly used for international shipping of human remains. They are designed to keep the body from rapidly decomposing during transport.

And they are often used by the military for transporting bodies flown in military cargo planes. Ziegler caskets are commonly draped with American flags.

Why Is It Called a “Ziegler” Casket?

“Ziegler” is the brand name of one specific manufacturer. Over time, “Ziegler casket” became the common term for any metal case used for transporting bodies, regardless of manufacturer.

A Ziegler case casket is made of light steel (usually 20-gauge). It opens from the top and the lid is secured with screws to produce and air-tight seal.

Standard dimensions of a Ziegler case are 75 inches long and 20 inches wide. Total weight is around 65 pounds. These numbers are similar to regular casket dimensions and weights. Here is a listing for more Ziegler measurement information.

A Ziegler casket does not have an interior lining. After placing the body inside the container, the Ziegler case will be hermetically sealed (airtight). A gasket creates a seal when the lid is secured with threaded fasteners..

Ziegler Casket as Alternative to Embalming

A body may need to be moved a long distance or repatriated to their home country. This case usually requires embalming the body first, but an alternative is to use a Ziegler casket.

Embalming may or may not take place before transport, but Ziegler cases or air trays are a common solution if the final intent is to cremate the body. (The loved one will still be cremated in a cremation casket or cardboard casket.)

The process of embalming involves the draining of blood from the body and replacing it with a chemical. It addresses the concerns regarding decomposition, specifically containing the odor during transport. This is a legitimate concern especially if the human remains are placed in a wooden casket (which cannot be sealed airtight).

However, embalming may not be allowed in some cultures and religions such as the Jewish tradition. There are also some cases when a body is not allowed to be chemically embalmed for medical purposes.

And families may refuse the embalming process based on personal preferences. The process of embalming is considered by some to be invasive, as it uses toxic chemicals that are harmful to human health and the environment.

Training and expertise is required for embalming. Because of the chemicals used professional practitioners take many precautions to protect themselves.

What If I Don’t Want To Embalm the Body?

If the family wishes not to embalm the body, a Ziegler casket is a great option for transport. Because it is hermetically sealed, it is also leak-proof and odor resistant. It is sometimes used with cooling materials to slow down the decomposition of the body inside. This way, the family can still hold viewings and visitations for the person after the body is transported.

Most human remains transferred out of the US are not placed in traditional caskets. And this is when a Ziegler is most often used.

Some states like Michigan have regulations  regarding transport. They require that bodies past 48 hours (dead) must either be embalmed or sealed in a Ziegler shipping container.

Funeral directors may suggest that embalming is required (before transport) for all bodies that are 48 hours passed the time of death. However, this is not true in the majority of cases. If the family wishes to avoid embalming, they have the option to transfer the body in a Ziegler casket instead.

What is a Ziegler casket used for?

A Ziegler case is usually used for transporting human remains that are not placed in traditional caskets. They are also commonly used as containers for shipping bodies that are not embalmed.

Is a Ziegler casket required when transporting a body?

It depends on whether the body has been embalmed or not, if the transport is international, as well as regulations of the airline involved. Many companies allow air trays and combination units for embalmed bodies. For un-embalmed bodies, sealed metal containers such as Ziegler caskets are usually required, especially for international transport. It is best to check with the state or country officials both at the origin and destination to know the full details of the regulations and requirements.

Is a Ziegler casket different from an air tray?

Yes. An air tray is an outer container that protects a full casket to meet handling requirements. A Ziegler casket is a metal container that is hermetically sealed and can be used as a casket itself or serve as a liner for a casket.

No. You can transport bodies that are not embalmed using acceptable caskets and containers, such as a Ziegler case. One alternative to a Ziegler case is an are air tray and combination unit.

Can I bury a Ziegler casket?

No. Ziegler caskets are not meant for burials. They are only used as shipping containers for human remains.