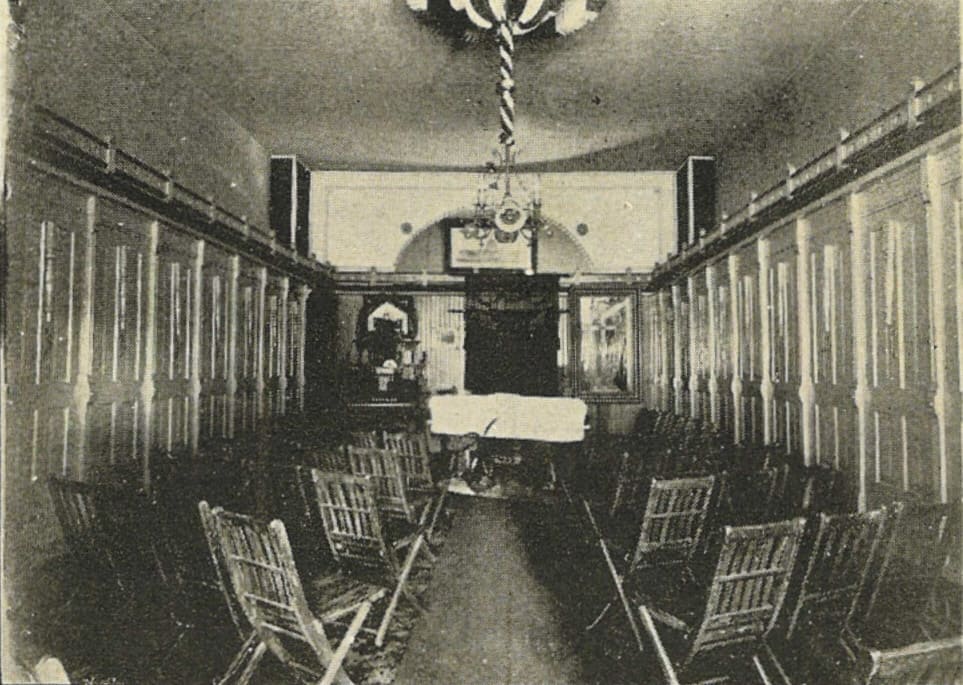 No need to waste time, we’ll get right into it. Prepare to learn the differences and similarities between caskets and coffins.

What’s the Difference Between Caskets & Coffins?

The short answer is the shape: caskets are rectangular and coffins are hexagonal. Caskets have been more common in the US since the mid 19th century. Coffins were designed to be cheaper, but in the modern era you can find caskets and coffins with as much or as little decoration and ornamentation as you want.

Only sticklers will correct anyone on the difference. Google searches, online stores, and most funeral homes will ignore any difference—in large part because few people would recognize the difference.

Legally, there is no difference between a coffin and a casket (the Federal Trade Commission uses only ‘casket’). Most Americans don’t recognize any difference as well.

We’ll be focusing on the terminology of ‘caskets’ and ‘coffins’ in the United States. The final section of the article will discuss international usage of the words.

Table of Contents show
Introduction
What’s the Difference Between Caskets & Coffins?
A few notes…
Shape
Caskets
Coffins
Price
Caskets
Coffins
Transition From Casket to Coffin in the United States
Casket/Coffin Materials Evolution
Death In Early America
International Use of “Casket” & “Coffin”
Origin of the Word “Coffin”
Origin of the Word “Casket”
Casket Vs. Coffin Word Use Over Time
FAQ
Conclusion

The primary difference is one of shape and, consequently, appearance. The parts of a casket are quite similar, except for the half couch details (which we discuss below).

Caskets are rectangular boxes. Often they will have handles on the sides and ends for carrying.

Caskets are more likely to have split doors—also called half couch, so that only the upper half of the body may be visible for viewing—than coffins. Almost all caskets have hinged doors. If you want to learn more, read our comparison of half couches vs. full couches.

Additionally, most caskets have memory tubes (aka casket vials).

The shape of coffins can be hexagonal and octagonal. Coffins ares sometimes described as anthropoidal, referencing the humanoid shape of the funeral box.

Coffins are often hexagonal in shape, designed to best fit the shape of the human figure. They can also be octagonal.

Because the shoulders of a person are wider than at the feet, historically builders of caskets have saved wood, metal, and other materials by removing the unnecessary space you’d find in a casket.

Few caskets have hinged doors, and fewer still (if any) are half couch. Also, coffins are less likely to have memory tubes than caskets because more coffins are biodegradable.

In the UK, often caskets are designed with a single piece of curved wood per side. Though technically four-sided, the shape is still hexagonal and some space is saved.

The origins of the casket-coffin difference evolved as casket makers (which date back all the way to Egyptian sarcophagi) tried to save materials by building boxes more closely shaped to those they buried or cremated. For a buyer’s guide to caskets, we provide a much more practical article.

Caskets are rectangular boxes built in a variety of sizes to fit the person they are going to enclose. There are standard size coffins designed with internal engineering to support different weights.

Each dimension—length, width, and height—of any casket will exceed (unless custom-built) the dimensions of the enclosed person. The widest the shoulders get will be the width for the entire casket. Taller height for obese corpses will be the height for the entire casket (this dimension is not improved with coffins). Longer legs and overall height extend the length of the casket as well.

All these dimension together leave lots of empty space in a rectangular casket. Though simpler to produce, empty space is wasted space.

Coffins are designed to use less material. While this theoretically contributes to lowering the price, in the 21st century it does little.

Historically coffins were plain and simple; in a later section of this article, you’ll see how caskets rose to popularity because they looked nicer and fancier—a better place to lay someone to rest. However nowadays they’re really about the same in terms of padding, ornamentation, etc. (Am I starting to sound like Robert Frost, “Road Not Taken”?)

Six-sided coffins are harder to find in the states because of cultural preference and manufacturers prefer to produce the four-sided caskets.

If you’re interested in buying a coffin, look into green burial. Pine boxes and decomposable funeral boxes are more commonly coffins than caskets. Wicker coffins are another green option.

Transition From Casket to Coffin in the United States

Before the Civil War, coffins (both in term and shape) were the most common funeral containers by far. It was around the Civil War that death—as a consequence of the violence of the warfare—was seen as something that could be made to appear less brutal, final, and ugly. Early forms of mass production were also gaining momentum (to really pick up steam in the time of Henry Ford, 1910-20s), and rectangular caskets were easier to produce.

Caskets! A vile modern phrase, which compels a person … to shrink … from the idea of being buried at all.

There was a transition from coffin-shaped funerary boxes to more comfortable, less enclosing caskets. Pillows and lining became much more common, giving the impression the deceased is sleeping and not dead.

The word casket evolved as a euphemism for coffin around this time. There was a strong shift away from the word coffin in the US, as it was viewed as outdated, callous, and cold.

Since then, caskets have become far, far more popular in North America. Similarly, funeral homes as a business became more popular around this time.

Likewise, the material—formerly always wood—has evolved to include iron, steel, brass, and copper. Stainless steel is currently the most popular casket material.

For more information, consider reading this 1974 book by Margaret M. Coffin, addressing, “the history and folklore of customs and superstitions of early medicine, funerals, burials, and mourning”.

International Use of “Casket” & “Coffin”

Internationally, coffin has always been the word used to describe the funeral box (also called a funerary box).

It is said the term ‘casket’ first appeared as an undertaker’s euphemism for coffins in the United States. Nowadays, generally it is understood that the words distinguish the difference in shape (and historically, price).

In the past, coffin has been the general term for rectangular, trapezoidal, hexagonal, and any other casket/coffin shapes. Casket generally referred small boxes, such as a container for jewelry. Casket evolved from the English term coffer, after all.

Origin of the Word “Coffin”

Origin of the Word “Casket”

Casket Vs. Coffin Word Use Over Time

What’s the difference between a casket and a coffin?

Short and sweet, a casket is a rectangular box and a coffin is more hexagonal in shape. A coffin is designed to better fit the shape of people: wider at the shoulders and narrow at the feet.

Someone once had the idea that they could build a smaller box to save money on materials. Because the shoulder of a (regular) person are wider than at the feet, historically builders of caskets have saved wood, metal, and other materials by removing the unnecessary space you’d find in a casket. It’s also cultural; in medieval Japan, for example, often people would be buried in round coffins made by coopers (barrel makers).

Should I buy a casket or a coffin?

As the primary difference is shape (and, to a small extent, price), it is largely based on your preference. While coffins are hexagonal in shape, caskets are rectangular. They are also far more common in the United States.

Does the deceased ever request a certain casket or coffin?

From my research, it hasn’t been widely documented, if it has ever happened. That said, I would expect is has been done.
If you have a certain preference for casket vs. coffin, or a specific casket in mind, leave a stipulation in your will similarly to how you would specific a wish to be buried versus cremated. Additionally, make sure your family and heirs know (and agree to) your wish, as often the will is not read or fully read until after the funeral.

Hawthorne’s full quote is “a vile modern phrase which compels a person of sense and good taste to shrink more disgustedly than ever before from the idea of being buried at all” (1863) (MA Paweł Migut, University of Rzeszów; c.f. Ayto 2000).

2 thoughts on “Coffin Vs Casket – The Real Answer”