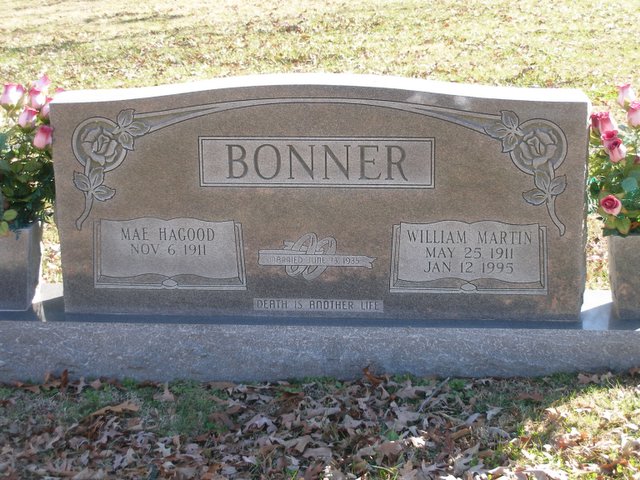 To remain together even in death, many couples choose to be buried next to one another and share a headstone. This kind of headstone, with two names, is called a double headstone.

What Is a Double Headstone?

A double headstone is used to mark two burial spaces beside each other or two burials interred on top of each other. They are called “double” for obvious reasons—the headstone displays two names and is large enough to represent two graves sites.

Most tombstones are available in single or double size. A double-sized headstone is also called a companion headstone. Tombstones and headstones mean the same thing.

For obvious reasons, double headstones are larger than a conventional single. This offers more surface area that can feature more text, images, symbols, illustrations, and other designs to best memorialize your loved ones. In addition, they are also much heavier and generally more expensive than the single variety.

Though most cemeteries allow the use of double gravestones, check with them about their specific requirements and guidelines. Cemeteries have strict rules about the size, style, and color that should be used on their premises, especially if the headstone is bought elsewhere.

How Common Is a Double Headstone?

Many couples choose to share a double headstone because they want to stay with each other even after death.

Typically, the double headstone is made after one spouse dies and added to later.

The remaining space for the second spouse will be left blank. Once the surviving spouse dies, their details such as name, birth date, and date of death will be engraved onsite to complete the headstone.

Another option is to have the spouses name pre-engraved onto the stone. The date of death will be left blank and added later. (See the image above for an example.)

If the spouses will be buried next to each other, the husband is traditionally buried on the left side, while the wife is buried on the right (as viewed from the foot of the grave).

A double headstone is also suitable for siblings, parent and child, or any other two people who choose to be interred together.

Bronze headstones are more expensive than granite, although any engravings will cost about the same in both materials. When choosing, it really depends on your personal preference and budget.

Granite symbolizes durability and longevity. As one of the most beautiful and prestigious materials, it is the most durable natural stone to use for a headstone. Granite has been used to make memorial headstones for hundreds of years.

Gray is the most popular color for granite. But it is also available in many different color options, including brown, pink, red, and black. The more rare the color, the higher the price. Red and gray are most common, in general, and available in many subtle variations.

Another popular material choice for a headstone is bronze. It is appropriate for many different products and has long been used for memorialization.

Similar to granite, it is also durable and weathers nicely compared with other materials. Bronze headstones are cast and not chiseled, which makes it easier to add intricate detail and artwork to the base design.

Many statuaries that have been around for centuries were made of bronze. (Over time they develop a rich patina.)

The type of headstone will affect the overall price as well as many other factors. Final price will also depend on material, text, artwork, and overall design.

Bevel headstones lay flat on the bottom like a pillow and slope from back to front. The back part is slightly higher and slopes down into the front of the marker. Because of the angle, a bevel headstone has a slight upright appearance.

A slant headstone stands upright on a base, sloping from the back towards the front. This creates the appearance of a tablet resting on a slab. Its base can be made of concrete or a similar style of granite.

Upright headstones are the classic style of gravestones. They are typically composed of two pieces. The tall and upright piece is called the tablet or die. The block of stone supporting it is called the base. Both pieces usually have the same color for uniformity.

Another option is double grave marker which has a lower profile. These are lawn-level markers that memorialize two persons in portrait orientation. Grave markers lay flat on the ground.

What is a double headstone?

A double headstone is a marker for two burial spaces beside or on top of each other. This type of headstone is larger than a typical single headstone and can feature more text, illustrations, symbols, and other designs. It is also usually used by couples who want to be together even in death.

How much does a double headstone cost?

How wide is a double headstone?

What can I write on a double headstone?

There is plenty of room for two names on a double headstone. You can also add an epitaph, symbols, artwork, portraits, and other design elements that you want as providing it complies cemetery policies. I